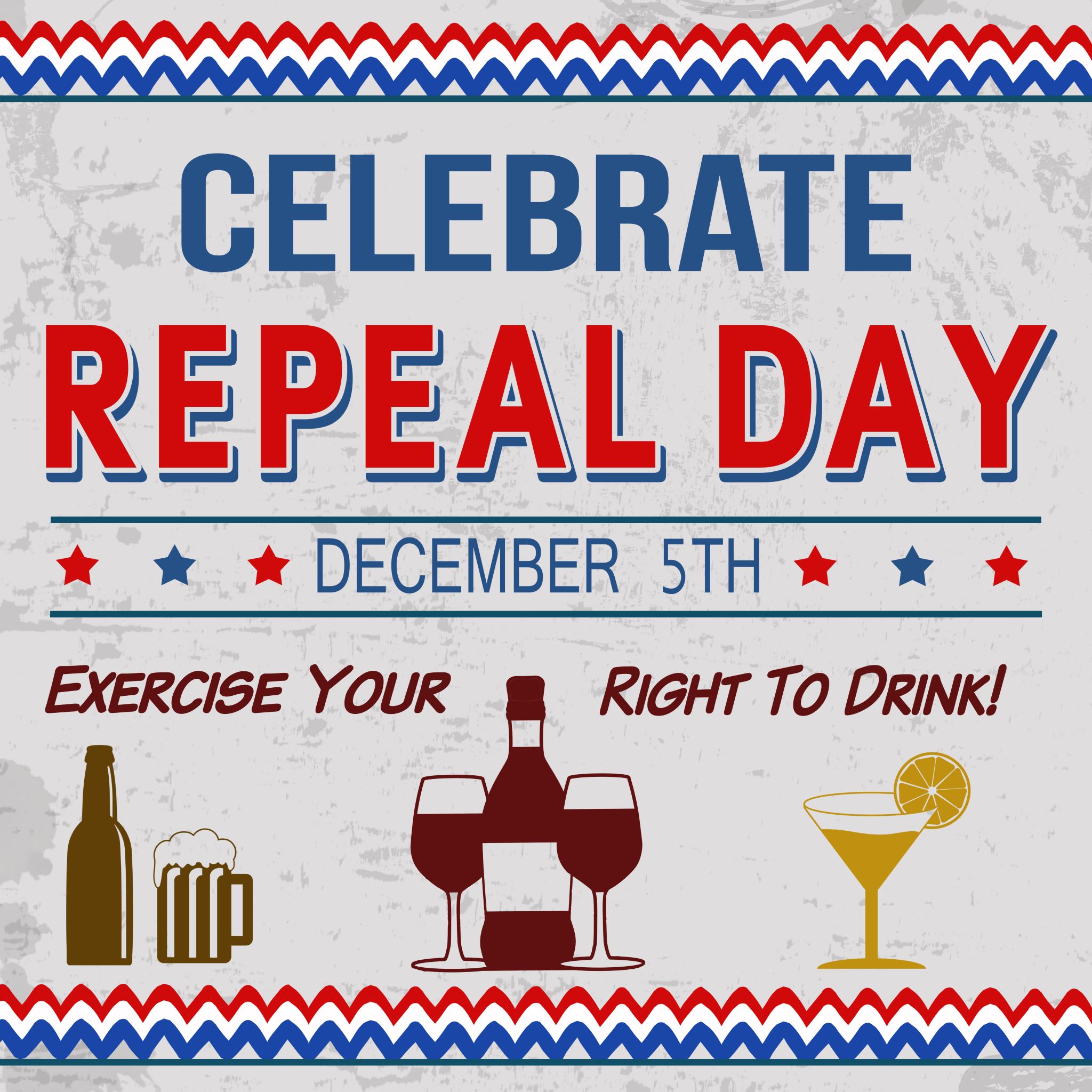 Today is Repeal Day! Let's Celebrate with a Cocktail

As a nation with countless great bars and craft distilleries, breweries, and wineries, it would be easy to forget that drinking and making alcohol were once illegal.

The History of Prohibition

In the early 20th century, some groups pushed for national laws banning liquor. On December 18, 1917, Congress sent the Eighteenth Amendment, or the Prohibition Amendment, to the states for ratification. It only took 13 months for enough states to agree. A year after ratification, on January 17, 1920, the federal ban on alcohol went into effect.

The amendment left the exact rules and enforcement vague. So, Congress passed the National Prohibition Act, or Volstead Act, which made it illegal to "manufacture, sell, barter, transport, import, export, deliver, furnish, or possess" any beverage containing more than one-half of one percent alcohol.

Not everyone supported Prohibition. Fun fact: Only 46 of the existing 48 states voted to ratify the amendment. Connecticut and Rhode Island refused to sanction the legislation, even after it became the law of the land. Maryland never enacted an enforcement code for the new law, and New York repealed its state Prohibition measures in 1923.

By1932, public opinion polls showed that most Americans believed Prohibition had failed. Franklin D. Roosevelt even included a repeal of Prohibition in his 1932 presidential campaign platform. On December 5, 1933, the 21st Amendment was ratified, repealing Prohibition on a national level. And so, on December 5, we celebrate Repeal Day.

Repeal Day falls in the busy holiday season, but it's easy to put together a celebration. Try these ideas to attract patrons and create a buzz around a little bit of history.

Get your customers involved by hosting a Repeal Day-themed Trivia Night. Some categories could include the history of Prohibition and the Eighteenth and Twenty-First Amendments, popular speakeasy cocktails, and popular entertainment of the 1920s and 30s.

With Prohibition in effect, drinking went underground. Speakeasies - hidden bars, taverns, or clubs -popped up across the country. Some speakeasies started offering food to increase sales and help patrons soak up the booze before returning to the public. And thus, the first bar menu was born!

To celebrate Repeal Day, create a special bar menu featuring popular foods from 1933. Need some ideas? The KitKat candy bar was invented that year, and doughnuts were named “the food hit of the Century of Progress” at the 1933 World's Fair in Chicago. Or look up canapé recipes in Fannie Farmer’s “Boston Cooking-School Cookbook,” published shortly before Prohibition began and was wildly popular throughout the 1920s.

What better way to celebrate Repeal Day than with some of the best Prohibition-era cocktails? Here are some ideas:

Cheers to the freedom to raise a glass!

Follow Next Century Spirits on Instagram for more ideas, and contact us to let us know how we support you and your business as a supplier and vendor.